The Sars-Cov-2 virus genome is a 29903 base pair linear sequence of RNA. Thus, to amplify the fragments by real-time PCR two enzymes is needed. One enzyme (reverse transcriptase) to create a template of cDNA, and the second enzyme (DNA polymerase) for the PCR amplification. If TaqMAN probes are used in the real-time PCR, the enzyme needs to have a 5’ to3’ prime exonuclease activity.  The enzymes used was cloned, expressed (in bacteria) and purified by  David J. Warren at the central  laboratory. None of this work would have been possible without his expertise. From the first test production of enzymes we obtain some 2x106 units of Taq and 4x105 units of  reverse transcriptase MasnUp. The plasmids used to produce the two different enzymes were kindly donated to us by Pipette Jockey. The weekly testing of chemistry was performed by Julia Elisabeth Simensen.

Stock solution of MgSO4 and BSA was made to 200mM and 10mg/ml, respectively.

Primers from the table were order from Integrated DNA Technologies IDT.

For real-time PCR, without TaqMAN probes, we used Eva Green as a reporter dye. This dye is superior to Syber Green in our mixes.

dNTPs were mixed (final concentration of 25mM of each dNTP) in stock solutions of  100mM and kept frozen. Re freezing and thawing will degrade the dNTP with the result of poor PCR.

Sterile water of i.v. injection quality was used in the PCRs. 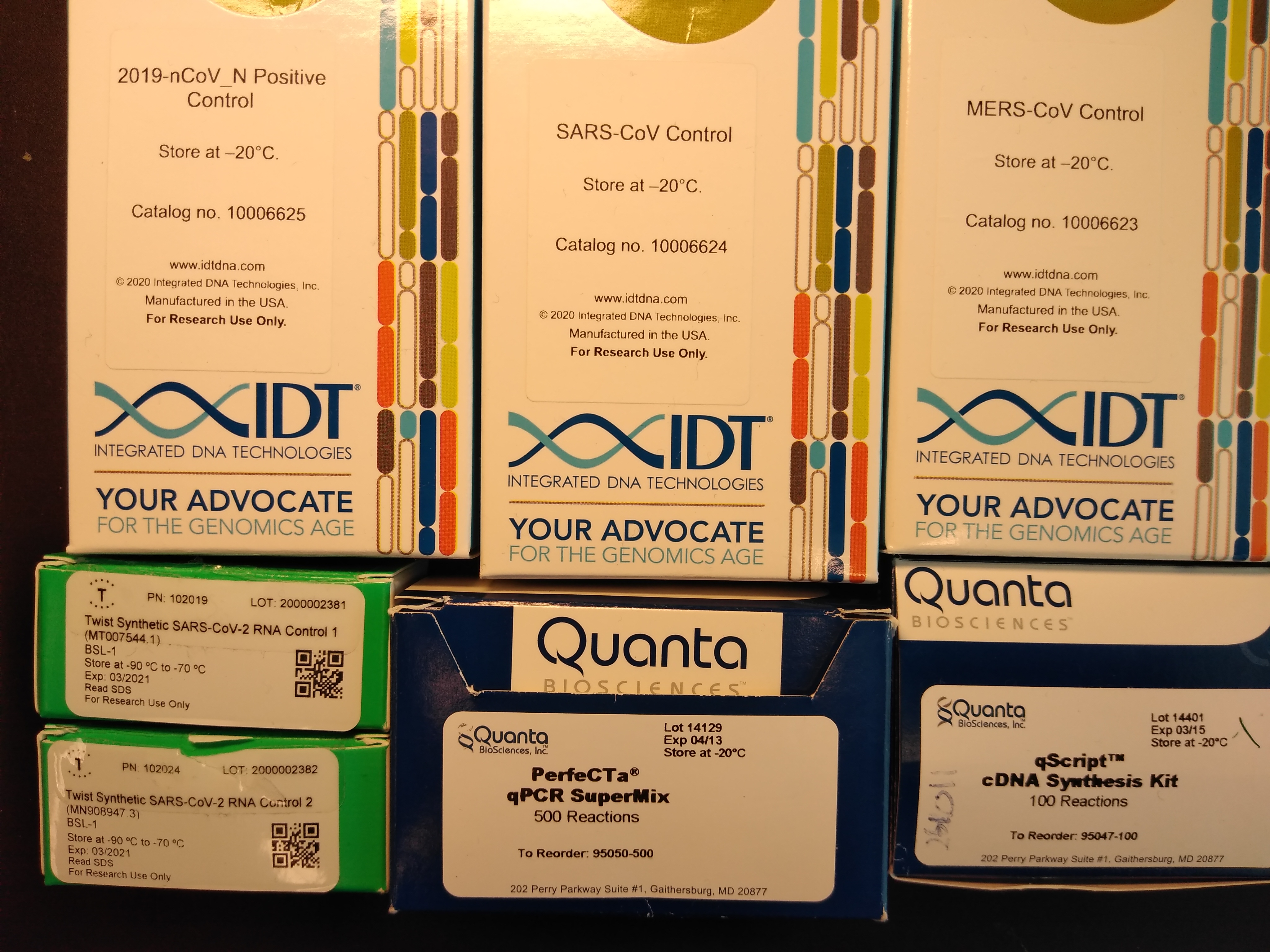 Taq's optimum temperature for activity is 75–80 °C, but has activity at lower temperatures. This could potentially affect a one tube chemistry of reverse transcription and real-time PCR. Thus, hybridoma the produce anti bodies against Taq was acquired from ATCC.  We found that the ratio 1µg antibodies/5 unit of Taq gave sufficient inhibition of Taq at low temperatures. And that the effect of the antibodies was removed by an initial denaturation step. 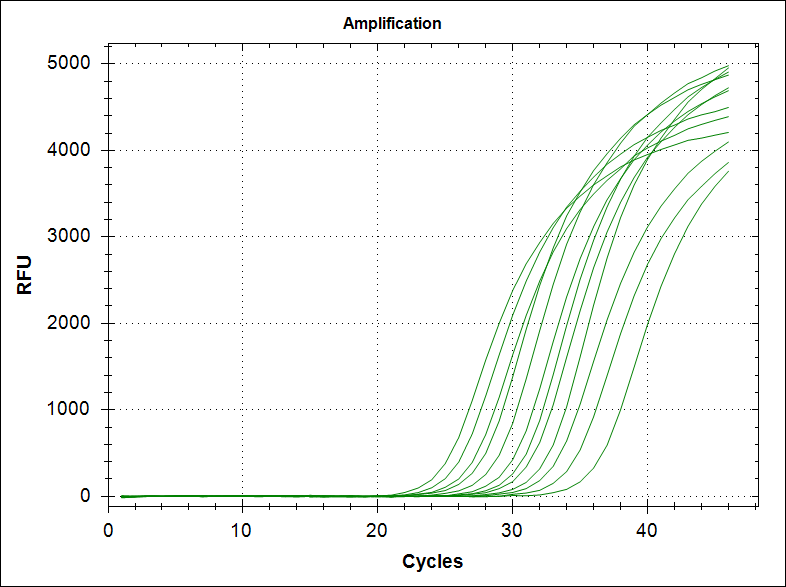