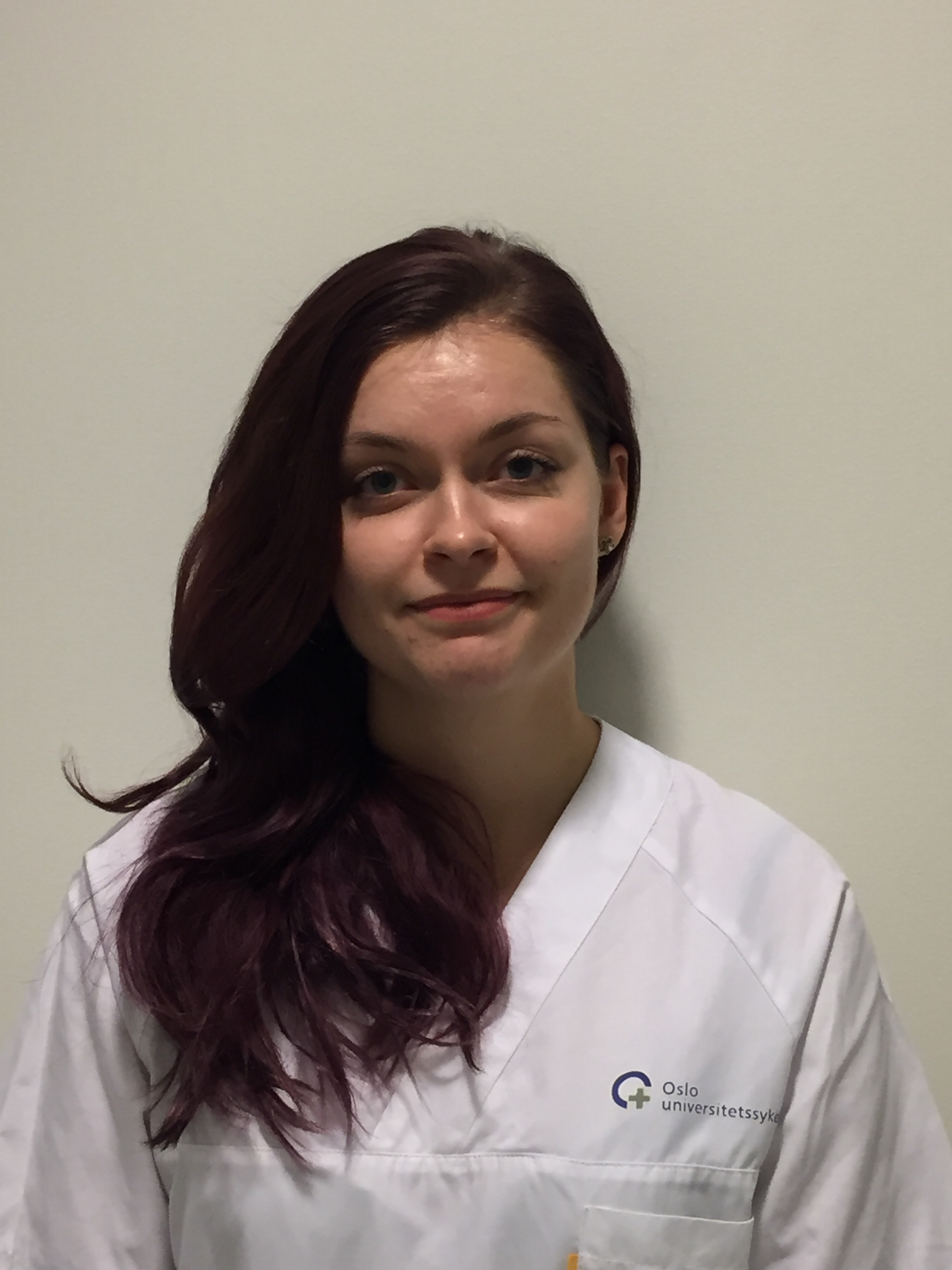 We were at the last PIVAC (Progress in Vaccination Against Cancer) 2019 !

Else Marit and Hedvig presented our most recent developments !

Make sure to check their abstracts ! 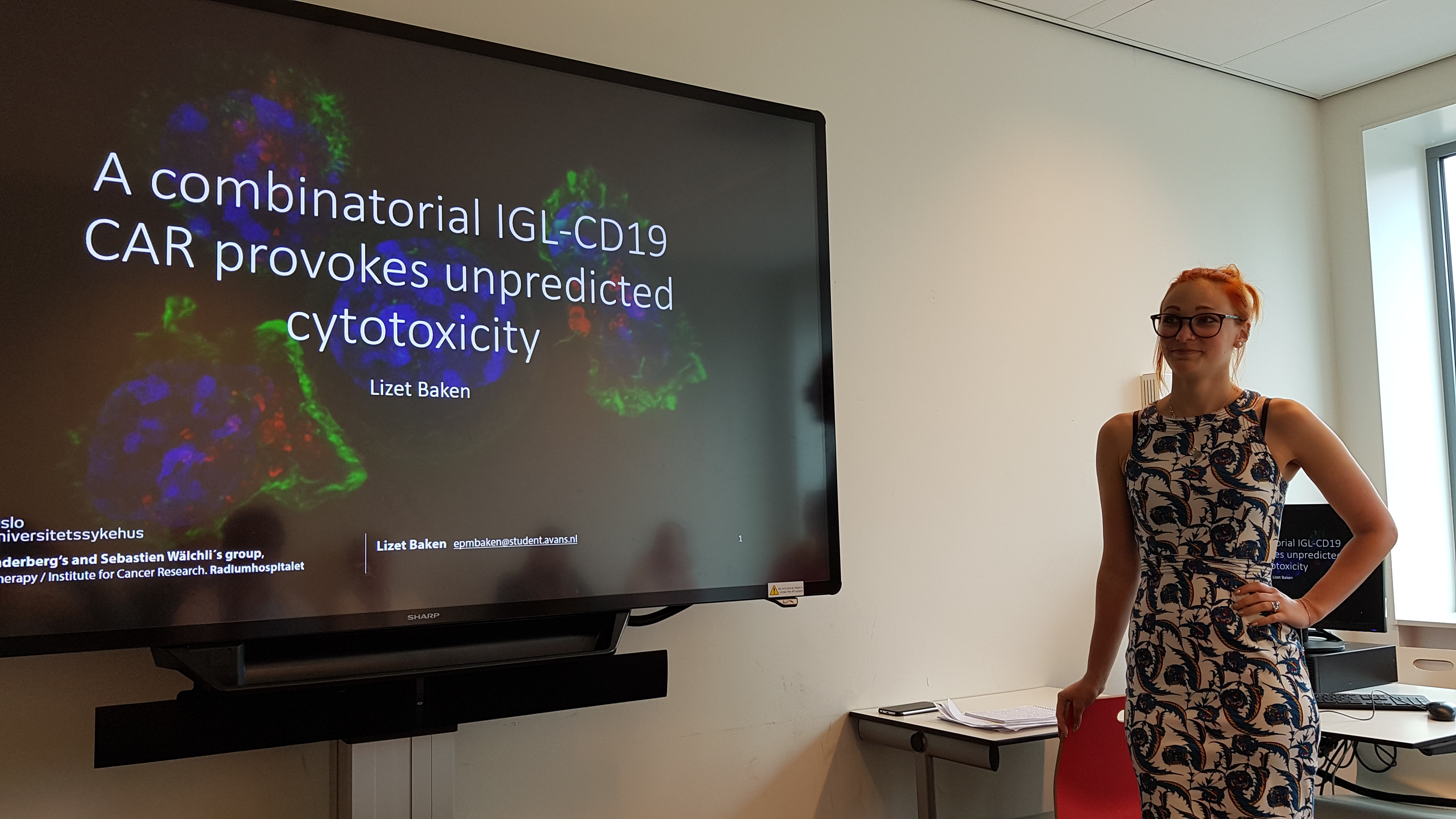 Part of this thesis was performed in our lab where she has been working on an anti-Ig-lambda CAR.

Congratulations Lizet, we are all very proud of you!

Pseudomyxoma peritonei (PMP) is a rare form of cancer which is caused by proliferation of mucin-producing tumor cells and is marked by accumulation of mucinous tumor tissue within the abdominal cavity. Large amounts of tumour in the abdomen results in distension and discomfort (often called “jelly belly”), and ultimately causes organ failure through compression if not treated. The majority of cases can be successfully treated by surgery and intraperitoneal chemotherapy. However, for the 30% of the patients for whom the standard treatment fails, no efficacious treatment exists and the prognosis is extremely poor.

Very little is known about immune cell infiltration and the tumor microenvironment (TME) in these tumours. We therefore collected tumour biopsies from patients with PMP and from colon cancer patients with peritoneal metastases for comparison and performed immunoprofiling by mass cytometry (CyTOF) to investigate whether immunotherapy could be a treatment alternative for these patients.

Single cell suspensions were analysed by high-dimensional single-cell mass cytometry (CyTOF) applying an antibody panel consisting of 37 markers for lymphocytes and tumour cells using the viSNE analysis tool to cluster the data from our samples into separate populations.

Samples from eight non-PMP and four PMP patients were successfully analysed. Five out of eight non-PMP samples had clearly distinguishable lymphocyte populations, while the remaining 3 samples consisted mainly of tumor cells. In the PMP samples 2/4 had clear lymphocyte populations, while the remaining two had infiltrating T-cell populations. The expression of memory and activation/exhaustion markers could be identified on CD4+ T cells and CD8+ T cells, in particular PD-1 and TIGIT.

Our results indicate that even in mucinous cancers like PMP, there are infiltrating populations of antigen-experienced T cells. These ongoing analyses are linked to testing of patient immune responses against tumour neoantigens found in PMP for the development of immunotherapy strategies.

Whereas cellular anti-tumour immune responses have typically been attributed to CD8 T cells, CD4 T cells play a critical role in tumour elimination and the priming and maintenance of CD8 T-cell responses. Furthermore, CD4 T cells activate innate cells such as macrophages and NK cells to contribute to anti-tumour responses. The use of MHC class II-restricted CD4 T cells for adoptive immunotherapy has been limited due to i) a lack of well-characterized shared tumour antigens presented by MHC class II ii) the majority of tumour cells being class II negative and therefore not directly presenting antigen to CD4 T cells.

We explore several strategies to expand the possibilities to target different types of solid cancer by T-cell based therapy. We have isolated tumour-specific T cells from several patients who experienced clinical benefit from treatment with cancer vaccines targeting universal tumour antigens and frequent neoantigens. After profiling of selected T cell clones, mainly CD4 T cells, we isolated their TCRs and expressed them in donor T cells. Functional assays revealed that the effector cells were efficiently redirected both in vitro and in vivo. This provides us with a panel of TCRs covering a range of HLA alleles and antigens which can be used for TCR therapy. The first TCR has now been tested in patients for the treatment of metastatic colon cancer.