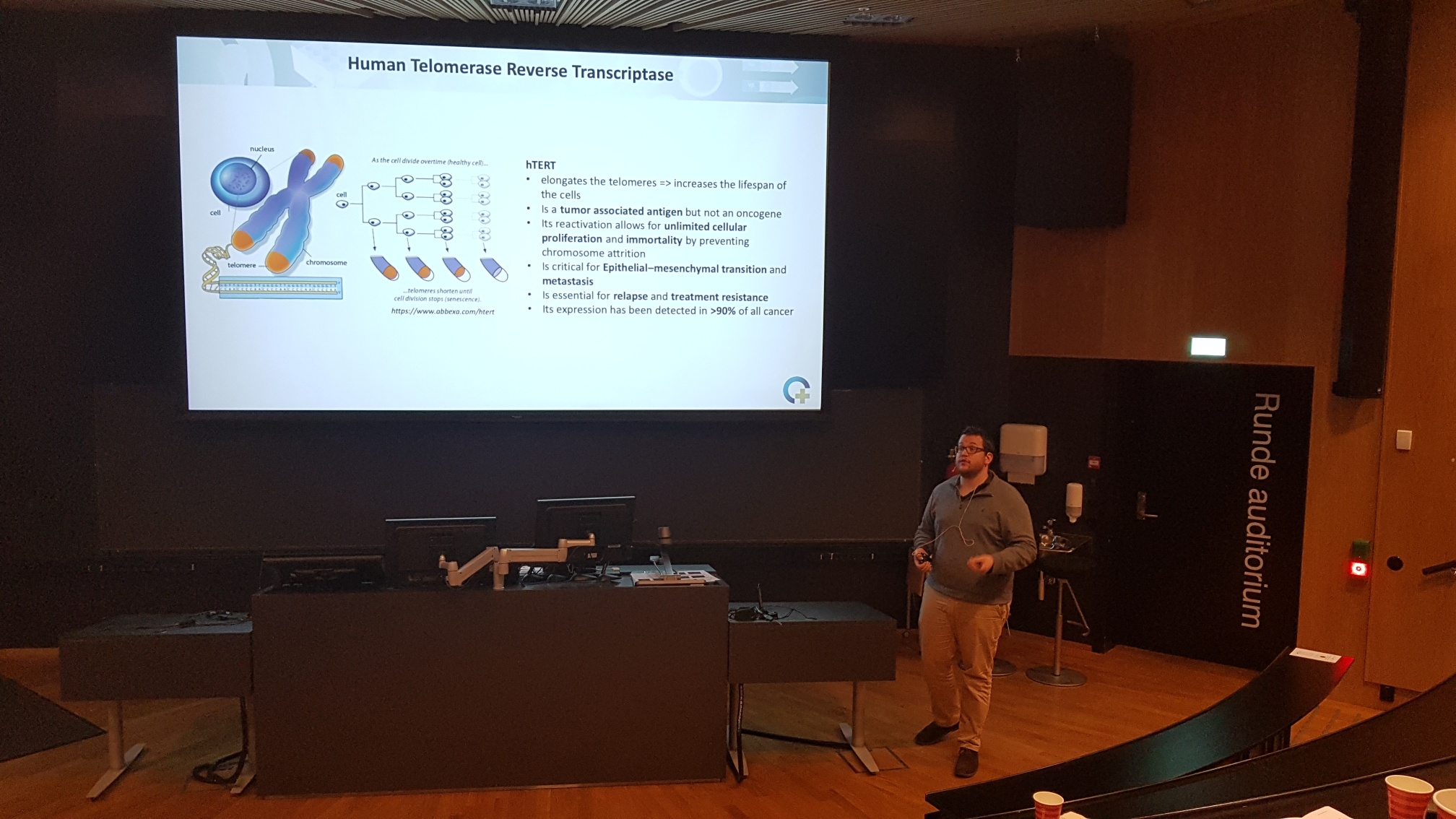 Pierre won the award with his talk entitled: "Targeting telomerase with an MHC class II restricted TCR for cancer immunotherapy". Make sure to have a look at his abstract!

Adoptive Cellular Therapy (ACT) is a rapidly expanding field within cancer treatment. Despite the successful application of Chimeric Antigen Receptors (CARs) in hematological cancers, such treatment has been ineffective for solid tumors. Human Telomerase Reverse Transcriptase (hTERT) is an attractive target antigen in solid cancer therapy being overexpressed in the majority of cancers and with limited expression in normal adult tissues. We previously isolated an hTERT-specific T-cell clone from a pancreatic cancer patient that had demonstrated strong clinical responses after treatment with a telomerase long peptide vaccine. We identified the sequence of the TCR from this clone and expressed it in primary T cells. We showed that hTERT-specific redirected T cells were efficient in vitro and in vivo and we further successfully assessed its specificity. Importantly, although this TCR is MHC-II restricted, we demonstrated that both CD4+ and CD8+ T cells expressing this TCR produced inflammatory cytokines and killed hTERT positive target cells without displaying any toxicity against bone marrow stem cells. TCR redirected T cells significantly reduced the growth of melanoma cells in a NOD/SCID xenograft mouse model and improved survival, demonstrating pre-clinical efficacy. From this data we concluded that, since hTERT is a universal cancer antigen and since the HLA molecule used by this TCR is very frequently expressed, this MHC class II-restricted TCR could be an attractive candidate for cancer based immunotherapy.